a few things that really tick me off

Okay firstly I don't mean to annoy or divert any ones customers but I think its so flipping wrong to charge some one $5USD / £3.23GBP to learn how to crochet one bleeding stitch when there are so many websites on line that can show you for FREE!!! :( I had this debate with another designer who claimed they were all there hard work and I got a lot of backlash from her followers :(

So while I was sifting through the heaps of websites I have bookmarked over the past year, it occurred to me that I had often bookmarked tutorials for certain stitches or hats etc that were free patterns and then found the same on Etsy which you had to pay for!!!! and I mean I am NOT a tight wad ill happily pay for patterns to learn something new but only if I cant find it on places like youtube, that site is really good its how I first learned to crochet courtesy of Bobwilson123 this lady does every thing in slow motion and repeats repeats repeats so you definitely get it!! I have seen other vids that go wayy to fast and its ni on impossible to learn from them so again I don't mind paying for patterns just think this is wrong...

so here are two scarfs one in Blue and one in Red ... please tell me the difference? ..... 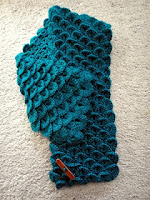 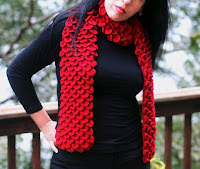 Exactly! there are none except that with the blue one you can if you wish make it shorter and make it into a neckwarmer which is exactly what this lady offers in her patterns... I mean come on this is one long continous scarf no increasing or decreasing
the blue scarf is found on Yarn-Muse Blog where she gives a free tutorial
and the red one is found on Etsy Bonita Patterns for $5.00USD / £3.23GBP
and okay so she might offer pictures but seriously its on Youtube... art of crochet by theresa
but aside from this Bonita Patterns do have some really nice projects all using the crocodile stitch that I would love to try and would quite happily purchase, visit her shop for the following {links are below pictures} 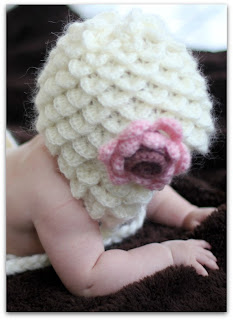 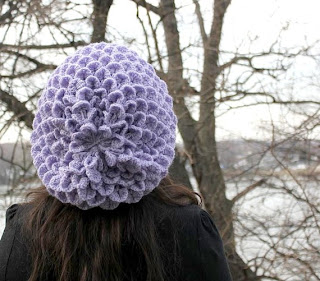 jade.bryant7904
London, United Kingdom
Hi my name is Jade Bryant I am the proud mummy to a beautiful 3 Year Old little girl who goes by the name of Arwen Elizabeth Bryant :) together with my gorgeous Boyfriend we live in a small quiet area of london